A House Where People Lived: The Schriver House of Gettysburg

Recently a couple of my close friends and I were hanging out in downtown Gettysburg, looking for
trouble, err I mean, fun. We were trying to find something in town that we hadn't been to – something new to add to our Gettysburg experiences. When one of them suggested that we give the Shriver House a whirl, I admit, I was a little uneasy at first. 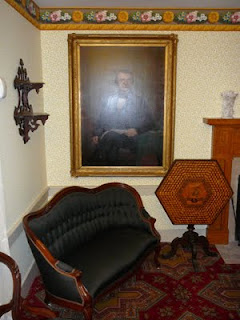 I mean I hate can’t stand house museums with a passion. They’re sooooo boring. Typically, a house museum is little more than a glorified furniture tour. It is the standard, “Look in this room. This is a parlor. Look at the furniture. See the horsehair couch?” If you are into historic furniture, then by all means, house museums are a must for you. But, if you’re not into mid-19th century furniture, once you’ve seen one, you’ve seen them all. As we walked in to the Shriver House, though, I figured what the hell – if nothing else the house museum might make for a decent blog post.

When we came out about 50 minutes later, I was mind blown. The Shriver House was easily one of the best house museums I’ve ever visited. Reflecting on the tour, I kept asking myself, “What made the Shriver house so interesting and engaging? What made it work?” Well for one thing, the Shriver House pretty much follows John Rudy’s definition of history – namely that, “History is ideas put into action by people on a landscape.” Our tour guide, Kim, gave us a window by which to see a family, the Shrivers, survive during wartime at home in Gettysburg.

Our tour of the house started with Kim explaining that as we stepped into the house, we were actually traveling back into time to see the house as it was during the battle of Gettysburg. The house was like it was then, when its occupants abandon it for safer quarters outside of the town. We stepped into the dining room and Kim mentioned that we could see all the typical wares a middle class family would have had, but to make sure and notice that the table was only set for three. Hmmm…I looked at my companions as I got all excited. “This might be different,” I thought to myself.

Why was the table only set for three? Well, George Shriver, the man who built the house was not here, for he was off fighting in the war. Kim asked us to imagine what the dinner conversations must have been like with George before he left for war. It seems that as soon as he had finally gotten his own house in order and finished building it, the bigger house, the United States, was falling apart. What was the dinner table like now with Sadie and Molly asking mother when father will come home again? Right there, Kim invited us to be part of the story - to imagine ourselves in the house with the people who lived there. It was interpretive. It made the house come alive. 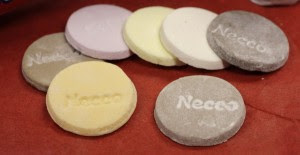 We walked through the rest of the house, Kim leading the way. She pointed out the kids’ toys that were left right where they had been playing with them before the family left. She invited us to empathize with the family, and what it must have been like to leave everything behind, to leave your home behind, not knowing if you will ever see it again and in what condition it will be in. She cautioned us not to miss the candy the kids had left – Necco wafers, “History you can eat,” she said.

Next up was the attic, just how the Confederates who used the house as a field hospital and sniper position had left it. Torn cartridge papers were lying all about, and you could peak through the bricks that were knocked out of the wall for sharpshooter positions. The Shriver family returned to their house after the battle. It was the same house and the same town that they had lived in their whole lives, but it wasn’t quite the same. The house and town had changed.

Our last stop was in the basement, not set up as it had been, but what might have been. It had been George’s dream to run a tavern out of his basement, and the owners of the house have it set up as George’s dream. It was never to be, though, for George died in a prisoner of war camp in August of 1864. While standing in the tavern, Kim motioned to the street level window that looked out on Baltimore Pike. She recalled the procession that marched by in November of 1863 up to the new Soldier’s National Cemetery. It was at that moment that I looked up and saw a car pass by. For some reason, it was then that it struck me, the scene that was once outside, and what was not to be inside. War has its price. The Shriver family was just one family whose lives were shattered by the Civil War. For them, their house tells their story. It is a home - not of furniture, but of people.

In talking with Kim our guide afterwards, I was amazed. I had enjoyed the tour immensely, and Kim, a stay-at-home mom, had made our day. Kim hadn’t given us just merely a tour of the house, she had given us an opportunity – to empathize, a chance to understand, and a chance to feel what war was like for families. She had helped us connect to the past, to history on a personal level. Kudos to Kim and the rest of the staff at the Shriver House for doing great historical interpretation. They get it. Next time you are in Gettysburg, I say check ‘em out and let me know in the comments what you thought!
Posted by Jacob Dinkelaker at 12:30 AM