We Will Now Rejoin Your Civil War (Already In Progress)

I celebrated Martin Luther King Jr. Day with a mouse and keyboard. I love diving neck deep in historical documentation for no good reason. Falling down the research hole can be so much fun, particularly when it's looking for one elusive piece of evidence.

This time, it was chasing an elusive section of a United Auto Workers protest sign used at the March on Washington in 1963. I found a photo of the corner, a chunk of text.

The idea that the Civil War led toward the Civil Rights movement 100 years later is almost painfully obvious. The fitful, ineffective and aborted experiment that was Reconstruction laid the groundwork upon which Randolph and Rustin erected the grand protest of 1963. Everyone on the rostrum called back to Lincoln, to the Civil War, to Emancipation.

The March on Washington was a non-violent battle in the long Civil War, just another skirmish like the ones fought in Gettysburg or Sharpsburg or Chattanooga. And everyone on the street knew it.

From what I can tell, the "official" posters produced by the march organizers, the signs announcing "We March For...Now!" and "We Demand... Now!" far outnumbered any others. But there were others. Some were hand-drawn. Some were banners brought by delegations, announcing that this church or that labor union was here to be heard.

The sign I went searching for underlined the 100-year disconnect in American society. And finally I found the whole elusive poster in an Associated Press photograph published by the Washington Post. "We seek the freedom in 1963," the UAW poster reads, "promised in 1863."

Emancipation was incomplete. It was never fully deployed, thanks in part to the failure of America's reconstruction experiment in 1877. And the March on Washington was just another battle of the Civil War.

I carefully traced the poster into a vector image. I'm a compulsive history. I collect things. Luckily, in this modern age, that doesn't always mean stuffing photocopied images into filing cabinets in the office. My filing cabinets are digital and they take up less real estate.

But to celebrate Martin Luther King Jr.'s Birthday this week, I wanted to share that poster with you, along with a few more that I've been converting over. They're hosted below on Flickr, in vibrant color and at high resolution. Use them however you see fit: in a classroom, in a frame on your wall or perhaps in the streets protesting today. After all, the African-American Civil Rights movement is still going on. And so is our Civil War. 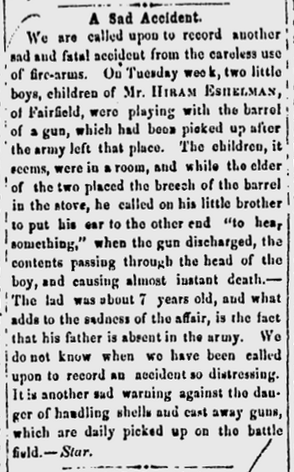