Interpreting Controversy: The Atomic Bomb and the NPS


I’m going to step a little outside of our purview today to comment about the recent developments and media reactions to the proposed Manhattan Project National Historical Park. You can read the National Parks Conservation Association’s press release, and the NPS resource studies at their respective hyperlinks. John and I discuss our wider views of public history here pretty often, so I think the issue at hand is still pretty relevant. 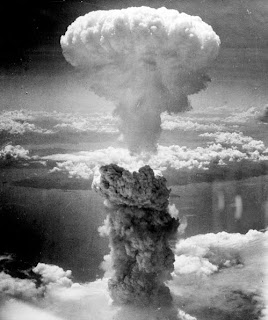 Michael Lynch has a great run down of the media reaction to the proposed park, much of the press being negative, over on his blog, Past in the Present. It is a great post and well worth the read. I agree with Lynch on several points, and I thought I would offer a couple more on why we, the United States, need a Manhattan Project National Historical Park. We need a public history park dedicated to the atomic bomb for several reasons, reasons I’m calling controversy, engagement, and democracy. These ideas are all pretty interconnected, so let me explain.

One of the biggest reasons that critics have argued against the project is the fact that they don’t want to glorify the atomic bomb and the human tragedy associated with it. But that, my friends, is exactly why we need a park dedicated to the Manhattan Project. The aim is not to glorify, but to interpret the controversy, the decisions, and the consequences associated with that world-changing event. We need a tangible place that can engage us and remind Americans of the great controversy, power, and responsibility that comes with atomic power. What better place than a National Park? What better than a place that is owned by all Americans, that is for all Americans, and that was created by all Americans and their chosen representatives? That’s democracy at work. That’s some of the greatest ideas of our country at work.

Furthermore, the story of our National Parks and public history sites are not the stories of inanimate objects, war torn landscapes, and historic buildings. As Dayton Duncan, the research historian behind many of Ken Burns’ films, says, “there is no history, only biography.” The story of the Manhattan Project is not just the story of a simple killing device. It is the story of the people who made it, the people who used it, the people it affected (both victims and victors), and the consequences of that decision that we as people have to live with today.

It’s the same with all of our National Parks and public history sites. The great battlefields of the Civil War the NPS and other organizations preserve are not preserved solely because of the landscape itself. It is what happened upon that landscape, and who made that event happen that is the reason the land is preserved. The hope being that future generations, through one of the few tangible connections we can preserve for posterity – the place it happened - can use those sites to remember and to forgive, to struggle with the decisions that were made and the events that happened, and to find meaning for themselves today, and the future as well.

Posted by Jacob Dinkelaker at 12:30 AM