"Round Eye" at The Wall: The Power of What We Call Things 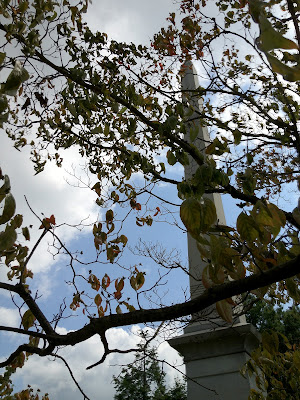 I went on a battlefield tour this weekend with Garry Adelman. It was an amazing experience, as any tour with Garry is, because he delves into how we conceptualize landscapes just as much as what happened on those landscapes 150 years ago. My mind was churning the entire time. Of anyone, both those who work for those places and those who just generally love those places, Garry (and his partner in crime Tim Smith) is tops on the list of most effective living time machines. Like always, Garry got me thinking on 15 different levels, and I'd wager that the next few weeks' posts will all be inspired by tidbits and nuggets he mentioned at Antietam this past Sunday.

Something began getting to me across the 5 hours of the program. Garry referred quite consistently to the soldiers dressed in blue uniforms as "Yankees."

This isn't to fault Garry in particular. This terminology oozes from every program, lecture, film, documentary and monograph on the war. Our culture on the whole refers to the soldiers who fought under the flag of the United States as "Yankees."

Why is this derisive colloquialism deemed OK by our profession and culture?

Imagine yourself at the Vietnam Veterans Memorial in Washington, D.C., standing reading the book of names to find a particular person on those panels. For me, it's always my mom's friend's brother, James Sacco who died in 1968. That's about the closest the Vietnam War came to my family. My mom and her friend drove around Syracuse, NY in Jimmy's car after he had died. Even as distant as that echo, I still look up Jimmy's name each time I'm on that end of the wall. It reminds me of how close war came, and how close it can still come today.

Whatever the name you might be searching for, imagine yourself leafing through the book and overhearing a DC Licensed Tour Guide talking to a group of tourists nearby:

...The Tet Offensive was extremely destructive for the Round Eye forces. All told, by the end of its first phase alone, nearly 17,000 Round Eyes had been killed, with another 20,000 wounded. Viet Cong mowed down the Round Eyes like so-much wheat....

The Vietnam Veterans Memorial is a sacred place, crafted by Chinese-American artist Maya Ying Lin. It is a cenotaph, a cemetery-in-absentia. It is not someplace anyone would even think to use a derogatory term like, "Round Eye." 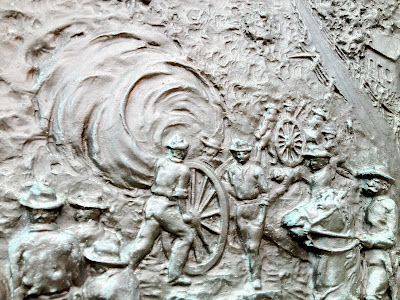 Civil War battlefields are sacred places, forged through blood by thousands of soldiers. They are cemeteries in actuality, where remains still lay beneath the soil. So why denigrate the Federal soldier with the colloquialism "Yankee?" Doesn't consistent use of this term withdraw a modicum of respect due the defenders of our Nation?

What change in how we understand the whole war, the very atomic structure of the Civil War, would a simple shift in language provide? Imagine standing in the Bloody Lane or at Burnside's Bridge and saying, "the United States soldiers surged forward toward the Confederates," or, "after the smoke cleared, hundreds of Federal soldiers lay dead in this field."

It's interesting that only in the context of the American Civil War is open and flagrant derision of the United States army and the men who fought in it acceptable. Such a curious thing, this Civil War.

"I hates the Yankee nation
And everything they do,
I hates the Declaration
Of Independence too;
"I hates the glorious Union --
'Tis dripping with our blood --
I hates their striped banner,
I fit it all I could."
Good Ol' Rebel,
purportedly by Major James Randolph, CSA
Posted by John Rudy at 12:30 AM