Every Man a Historian Means Every Man: Speaking with the Fringe 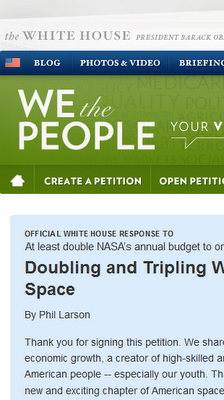 The amazing power of the internet age is the pure democratizing ethic it has injected into our culture. We aren't simply pleased when the world around us solicits and listens to our opinions, we've come to expect it. Every news story has a comment thread; every article asks for our feedback. The White House solicits input from the American "user" and offers meaningful responses. In short, we are a people who are growing more vocal in our daily lives. The brilliant constitutional law professor and master of cultural understanding Lawrence Lessig has called our culture "Read-Write" as opposed to "Read-Only."

What does this have to do with anything? This past weekend was the annual Civil War Institute at Gettysburg College. One of the perks of being a faculty member is getting to sneak into the back for a few of the sessions. I snuck into Sunday's panel on Civil War Blogging, featuring A-list bloggers Kevin Levin (CWMemory.com), Brooks D. Simpson (Crossroads) and Keith Harris (Cosmic America). And one of the challenges which arose from the audience during the conversation was a desire for authority in blogs.

One commenter noted that he reads Crossroads because he has faith in Simpson as a historian, that he trusts Brooks' authority thanks to his published work. Another commenter asked if the Organization or American Historians or the CWI should publish a listing of "approved blogs."

Luckily, Brooks eviscerated the concept pretty handily by noting that the commenter was simply trying to impose a new authority on a medium essentially lacking in authority. And Brooks voiced the fear that if there were authoritative blogs, the world of the Civil War internet would simply devolve into a mirror of academia: historians writing for themselves and themselves alone. Brooks' comments were masterful, and will hopefully show up on C-SPAN sooner rather than later.

But the strongest conversation came when moderator Peter Carmichael posed the question of why we even listen to the fringe elements floating on the internet. Why should we even allow the voices of the "uninformed" enter the dialogue at all?

But here's the flaw in demanding authority be exercised on the democratic net: it's undemocratic. If every man is an historian, able to read the sources, find the data and come to his own conclusions, then we need to encourage every man to be an historian, not just the ones we think aren't whackjobs.

We do get to set the rules of the debate in our forums. On our blogs, that means we can ask commenters to be civil, and some of us go as far as to choose not to host comments we find counterproductive. In our parks and historic sites, that means we can ask folks to be civil, to listen to others' views respectfully and to investigate the historical sources honestly. But if we truly believe in the ethic of the internet, we can't simply allow only those who agree with us to speak.

In the end, democracy is about faith in the marketplace of ideas. I trust the intelligence of the American people. I think they can all be their own historians. Writing off a portion of the people is never going to help them to see the historical evidence, read it carefully and find true meaning in the past.

Writing them off, refusing to have real meaningful dialogue with them can only serve to alienate them.

The "every" in "every man a historian" really means "every." If you start from that point and move forward, the democracy of ideas truly means something.
Posted by John Rudy at 12:30 AM