Confederates in the Swimming Pool 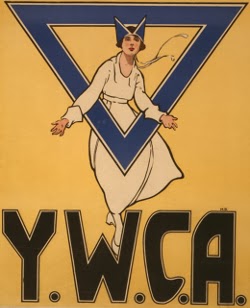 My pool is on Seminary Ridge at the YWCA Gettysburg & Adams County, just down the street from our house. That likely starts to explain why I was thinking of dead Confederates. Here, on the slope of Seminary Ridge, the YWCA sits just adjacent to the Seminary Campus. It's been there for quite a while, that pool was dug in 1980. Before it moved to its new home on Seminary Ridge, the YWCA was downtown, in the home where the Danner family weathered the storm of battle on the Diamond in town.

So, as I tread water in the deep end of the pool, I thought about the space I was occupying. It is water now, but in 1863 it was dirt, the fields behind a school dedicated to peace which saw too much war. And, with dead bodies trickling out the door of the Seminary hospital, those fields began filling with the stiffened bodies of men.

I was swimming, likely, in a grave last night. I pencil-dove as deep at I could, trying to get down to six feet, trying to dive down to those graves. 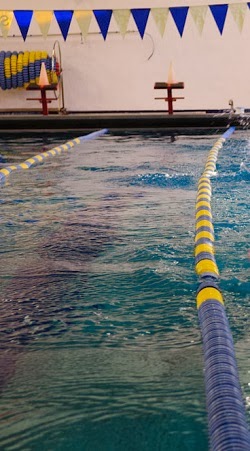 But as came back to the surface, I realized six feet was an unknown luxury in 1863. Rushed comrades dug as deep as they could. But hundreds were scattered dead across those fields and there just weren't enough hours or energy.

So I headed toward the shallow end of the pool. In three feet of water, I touched the tiled floor of the pool.

But even that was too deep.

I tend to sit on kickboards in the water when I'm lazing in a pool, hovering on the foam core chunks like a swing with no ropes. And it was at that moment I realized that was the perfect depth. I was sitting on the floor of a grave in the pool, just deep enough to cover over some poor soldier's face.

Time changes places, it has changed that ridge in small ways here and there. And one of those changes helps visualize the past, even if by mistake.

So I swam where Confederates (and likely many Federal soldiers too) once lay.

Was I swimming where William T. Watts was once buried? The 26-year-old man was wounded on July 3rd in the left foot. Surgeons in the Seminary Hospital took a chunk of the flesh and bone away, removing a few toes and metatarsals. But infection set into what was left of his foot, and he died on the 29th of August.

That past December, Watts fled the 4th Virginia Infantry for a few months, deserting the army, but returning by February of 1863. As he lay in the Seminary dying in agony, you can't help but wonder if he wished he had never returned, wished he hadn't come back, wished he'd stayed somewhere safe instead of having half his foot hacked off in some godforsaken house of God.

So now, when I go swimming, I'll be thinking just a little bit about William Watts and his comrades. When I sit on a kickboard, I'll probably remember I'm sitting on the floor of his former grave. I just can't help but think of these things. When I'm swimming, it only makes sense to think of dead Confederates' graves.

Because history is a disease of the mind, and I'm sick.
Posted by John Rudy at 12:30 AM