Halfway out of the Dark: Christmas 1863 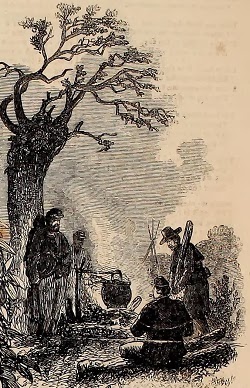 A note received any day letting you know a son is gravely wounded is horrible. Receiving it on the first day of December is particularly horrible. In this month of gathering together, hearing your son is suffering can't be cheering.

Two days before that news arrived in Cambridge, advent began. Advent is a time of waiting, and for Charles Appleton Longfellow's expectant family that waiting would be a peculiar type. While America waited for the joy of a holiday spent with family, the Longfellow family waited beside what might have been a deathbed.

Countless families during the war had sons die. Many sat at bedsides, holding hands, praying to some benevolent force to deliver their boy from harm. But this family was slightly different. Where others suffered in silence, one of the Longfellows could never be silent.

So, Henry Wadsworth Longfellow, Charles' father, took his pen in hand and scribbled down a poem as his son lay, perhaps dying, perhaps living, in a nearby bed.

I heard the bells on Christmas Day
Their old, familiar carols play,
and wild and sweet
The words repeat
Of peace on earth, good-will to men!

Christmas that year was pain. Longfellow was a Unitarian. Christ was not divine. Or if he was divine, his divinity was certainly not absolute and exclusive. Christmas' joy must have come from the warmth, from the hope, and from holding family's hands in the darkness of December.

Charles left for war the previous spring and, taking sick after Chancellorsville, missed the bloodbath at Gettysburg. The 1st Massachusetts Cavalry largely avoided that bloodbath too; they were posted as a guard to the 6th corps headquarters and sat out most of the battle's harshest fighting. But service in Meade's Army of the Potomac caught up to the cavalrymen, and Charles was wounded in Virginia in November 1863. 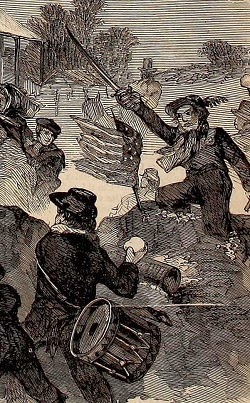 Christmas is joy and peace. But a bleeding son proved that America was anything but.

Then from each black, accursed mouth
The cannon thundered in the South,
And with the sound
The carols drowned
Of peace on earth, good-will to men!

So Longfellow penned a simple but powerful poem, like so many of his other works of verse. It remained private that year, only being published in 1865 after the war which nearly killed his son had ended. But in the cold final days of December 1863, they remained the unanswered plea of hope of a father. He was still in the dark, not yet through his trial. He begged the universe for leniency, for an answer to a father's prayer to save his suffering son.

Then pealed the bells more loud and deep:
"God is not dead, nor doth He sleep;
The Wrong shall fail,
The Right prevail,
With peace on earth, good-will to men."

Another Christmas classic borne of war. Sadness breeds so much hope, especially in those moments when we gather our families close and ward off the darkness. And at Christmas in 1863, Americans were halfway out of the dark.
Posted by John Rudy at 12:30 AM