Hopkins and Anthony: A Struggle Over Freedom

This piece is the original draft of a piece I wrote for the Philadelphia Inquirer, which appeared last week as part of the paper's Gettysburg sesquicentennial coverage. Here's the full, uncut piece for your perusal: 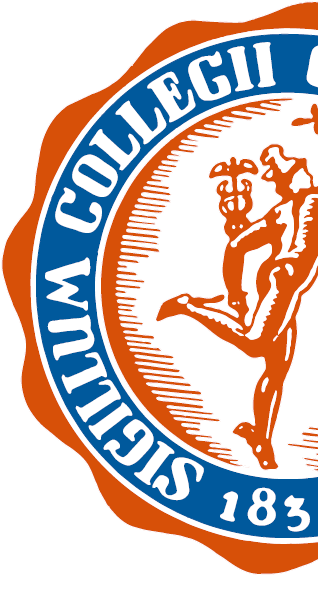 Standing in the pleasant countryside of Gettysburg, Pennsylvania in the early summer of 1863, it might not have hit you just how quickly the world was changing. That blissful ignorance might have been doubly powerful if you were a young white man, as were the students of Pennsylvania College.

For decades before the Civil War, students from Pennsylvania had mingled with students from Maryland, Virginia, North Carolina, and other southern states at Gettysburg’s local college. In classrooms and laboratories, sons of slave-owners studied right alongside the native sons of the Commonwealth, cradle of liberty and birthplace of Independence. The fact that many of those students from Virginia and Maryland were now gone, their educational endeavors the cruel victims of a terrifying war, was one bruise among many which Pennsylvania College bore because of its close relationship with slavery.

Gettysburg’s carriage industry drove the ties to the South’s peculiar institution. Fine carriages made in local workshops rolled south into the palatial stables of wealthy planters in the Old Dominion and further south. In turn, the South sent her sons and tuition dollars northward for a fine Lutheran education.

As the nation seemed to shudder and crack in 1860, during the tumultuous election that would see Lincoln ushered into the White House and South Carolina and her friends ushered out of the United States, North Carolinian William D. Anthony sat at his desk in Pennsylvania College studying Latin, Greek and analytical geometry. America was fracturing over the question of slavery as he sat in Gettysburg alongside classmates from Pennsylvania, Maryland and the capitol at Washington City.

Back in North Carolina, John B. Anthony, the toiling student’s father, preached the gospel of love in a Lutheran Church outside of Charlotte. At home, he had a wife and five other children. He also owned one human being who worked around the family's home: a 45-year-old black woman.

In the College Edifice in Gettysburg, William Anthony could have glanced out the window and seen John "Jack" Hopkins working in the grove of trees surrounding the school’s buildings. Hopkins, the college’s janitor, and his family lived in a small home on the north edge of the campus. Whether Anthony paid heed to Hopkins, noticed the man at all, is unknown. But in just a few years Hopkins and Anthony would be set at odds, opposite ends of a convoluted and dangerous spectrum.

The college has a yearbook from the 1860s in its historical collection, still available to view, touch and leaf through in the library’s special collections department. Underneath Jack Hopkins’ picture is the smiling hand-written notation, “Our Vice-President.” A joke to us because the janitor of a college almost certainly could never become this college’s vice-president.; a joke in the 1860s because an African American almost certainly could never become any college’s vice-president.

Who exactly wrote the joke, be they southern son or local Pennsylvanian, is not exactly clear. But that joke would shortly be upended. War was coming and the gears of a mighty machine of progress would be set in motion that would mean men with skin the hue of Hopkins’ could be the leaders of colleges, businesses and even the United States itself.

And the war came. William Anthony returned home to the south.

When Confederates invaded Pennsylvania in June of 1863, Anthony came along with them. He was astride a horse, the bright yellow chevrons of an Ordnance Sergeant on his shoulder. In charge of dolling out weaponry and ammunition to the soldiers in his regiment, William D. Anthony rode back into the Keystone state along with the 1st North Carolina Cavalry.

As the horses and wagons of the Confederate Army poured over the border into Pennsylvania, Gettysburg saw an exodus. Hundreds of black citizens from the town and surrounding countryside disappeared. They ran for their lives. The oncoming Confederate tide meant capture and slavery, it meant never seeing home or family or friends again. It meant torment and maybe death at the hands of the South’s Peculiar Institution.

“Among the most forlorn and pitiable of the victims of the recent invasion,” a Lutheran newspaper in Philadelphia reported, “were many of the colored people, who fled from our border towns and took refuge in our city.”

Somewhere in the forlorn and pitiable throng escaping Gettysburg and running for safety to the north or east were Jack Hopkins and his family. The janitor was perhaps one of the wealthiest black men in the entire town. But his prestige could not save him from the oncoming tide of rebel troops. His skin color was a giant target drawn on his freedom. So he ran.

Both Anthony and Hopkins would survive the invasion unscathed. Anthony survived the campaign, fighting on July 2nd at the Battle of Hunterstown only five miles from the desk where he had studied Greek and plane trigonometry a few years before. The 1st North Carolina Cavalry limped back to Virginia along with the rest of Robert E. Lee’s battered army.

Jack Hopkins and his family returned home after the rebel tide subsided to find their home on the college’s campus in shambles, but their lives together in freedom safe and intact.

And as the smoke drifted away from the battlefield at Gettysburg, America continued changing. The machinery of Lincoln’s Emancipation Proclamation ground slowly, deliberately away against the institution of slavery. A war to save the nation, “a nation conceived in liberty and dedicated to the proposition that all men are created equal,” as Lincoln would phrase it that fall, was welded onto a war to destroy slavery once and for all.

And even viewed from the now blood-soaked fields of Gettysburg, that war was obviously changing. Jack Hopkins’ son Edward would join the United States Colored Troops that winter, heading south to fight the army that had invaded his hometown and threatened his family’s freedom. And America took one more tenuous step forward on the long road toward equality.