How to Interpret History to the Sci-Fi Fan: My Favorite Civil War Novel

I often struggled to find an answer to the comment often leveled by visitors that, "they were so backward back then," or that, "we know so much more now." Getting across the fact to visitors that much of science, especially the basics of Newtonian physics and electromagnetic, has been understood at their elemental level for generations is sometimes a tough order of business. I found myself at times trying to explain Alessandro Volta's invention of the Voltaic battery in 1800 or the use of the Turtle during the American Revolution. Still, compared to the explosions over Hiroshima and Nagasaki, the 19th century seems backwards and quaint. Their dreams seem limited in scope. They appear, in short, backwards. 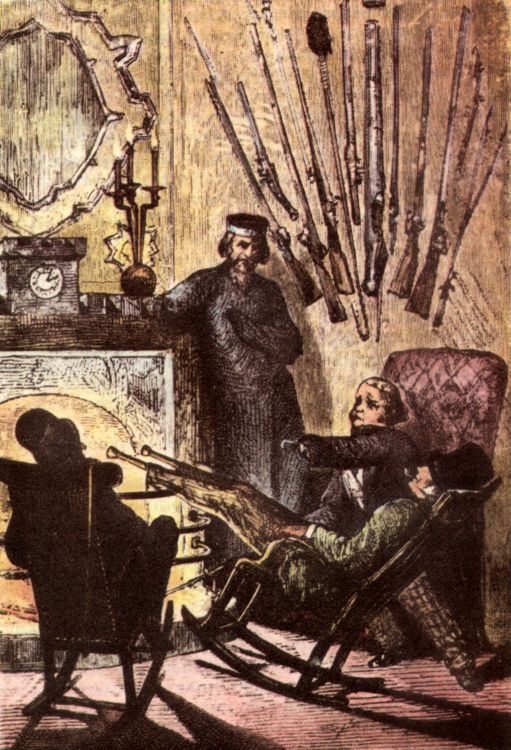 The tool I finally found which helped the modern public to understand the advanced scientific knowledge of our 19th century counterparts was sitting in front of me the whole time. On my shelf is a copy of some of the collected works of Jules Verne. In 1865, Verne published De la Terre a la Lune in France. The tale is set immediately after the Civil War. Fatcat industrial-capitalists, fresh off the lucrative business of war profiteering and scarred by the wanton explosions of their wares, gather in the Baltimore Gun Club and scheme to craft a grand gun. When you don't know what to do, I guess you do what you know. Bored now that the grand war has ended, the men decide to cast a massive gun and shoot the moon.

Impey Barbicane spearheads the effort. The site of the launch is chosen in Florida, due to its proximity to the equator. The capsule is constructed of milled aluminum for economy of weight. The base of the capsule has a cushion or spring of water to dampen the launch's G-forces. 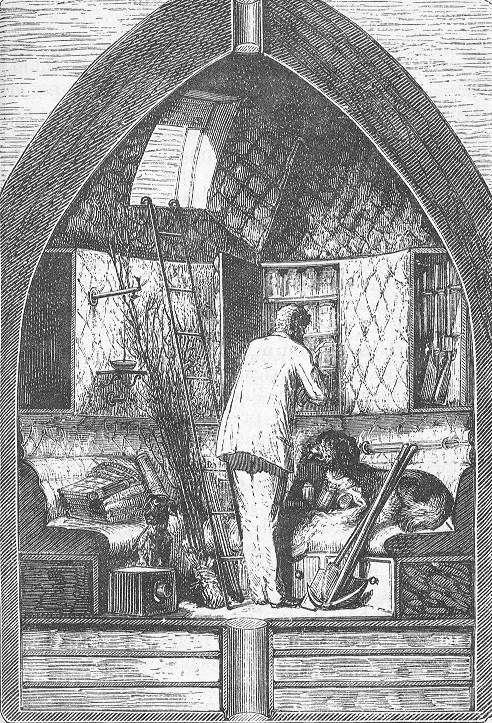 But what is most intriguing in reading De la Terre a la Lune and its continuation Autour de la Lune is how little the books reads like novels and how much they resemble physics textbooks. Verne made a decent stab at calculating the escape velocities needed to leave Earth's orbit. He devised a means of producing and recycling oxygen inside the cramped capsule.

Even more interesting is the fact that Barbicane and his two companions (arch-rival Captain Nicholl and French adventurer Michel Ardan) experience in Verne's imagination what the author could never have experienced. When the capsule is fired from the massive Columbiad gun, the three travelers are knocked to their feet. But as their capsule speeds into the aether, the men puzzle incessantly over why they felt the lanch but did not hear it. Finally, Barbicane is struck with a moment of inspiration: 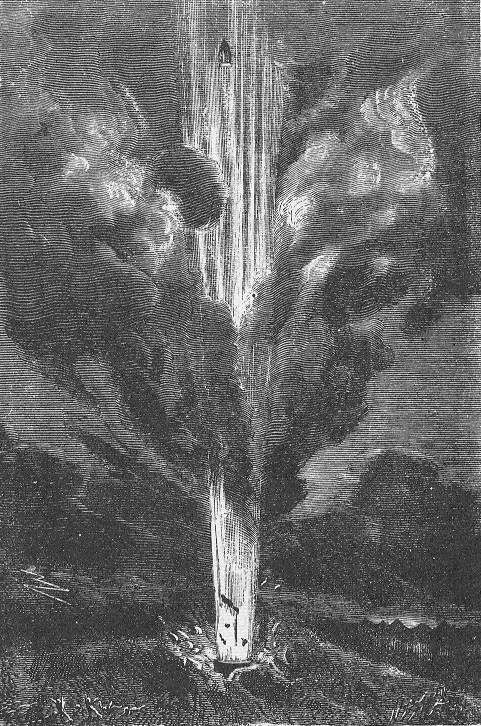 But they had not forgotten themselves more than a quarter of an hour, when Barbicane sat up suddenly, and rousing his companions with a loud voice, exclaimed——

"What have you found?" asked Michel Ardan, jumping from his bed.

"The reason why we did not hear the detonation of the Columbiad."

"Because our projectile traveled faster than the sound!"

The sheer fact that Verne could fathom the concept of supersonic flight and the implications of traveling faster than sound is mind boggling. He had never traveled in a jet going Mach I. Still, he could imagine the scientific concept. Likewise, later in the story the three encounter a passing asteroid. Its gravitational force on the capsule is great enough to divert the course of the men away from the moon. Still later one of the dogs the men brought along dies, and they eject the body from the capsule. It keep pace with their window, following the laws of conservation of motion. Verne imagined all of these things in a world we view as backward. The concepts were ancient and universal in Verne's age, so much so that he could employ them with ease. The people of the Civil War were not backward by any stretch of the imagination. They mightn't have gotten to the moon in the 19th century, but their grasp of the concept of space travel was firm. They lacked nothing but time to work out the mechanical specifics and the political capital to focus millions of dollars on the task which John F. Kennedy engendered in the 1960s through Cold War fear and charismatic will. Neil Armstrong would not walk on the moon until 1969. But the science that got him there was alive and well over a century before.
Posted by John Rudy at 12:00 AM