One Year On: A Glorious Frightening Fourth

When in the Course of human events...
In the mottled shade of Culp's Hill's trees, Dr. Charles Horner read the words of the Declaration of Independence clear and loud. A year earlier, rebel troops surged past his home on Chambersburg Street chasing soldiers flying the flag of the United States crafted by that document. Cannon fire reverberated off of the walls of his home. And this morning, a year on, cannon fire again echoed off his walls. But today it was a salute fired atop Cemetery Hill. America was preserved.


We hold these truths to be self-evident...
In the shade of Culp's Hill, John L. Schick likely looked over the broad table set with a holiday feast with pride. A year earlier, he and his family emerged from their home to find disaster at every turn. The little they had hidden from the oncoming rebels under the floorboards of their garden shed, two barrels of flour, became food for more than just him, his wife and children. Dozens of soldiers found succor at his table, their very lives perhaps preserved by that makeshift meal. Now, a year on, there was plenty to be had on Culp's Hill for a celebration. The Nation was preserved.


...that all men are created equal...
Robert G. Harper, the Adams Sentinel's editor, was undoubtedly standing in the crowd. Parts of tomorrow's newspaper were already in the racks, ready to be printed. The article describing today's event was still unwritten. But last Thursday's news, to be printed on the 5th, was no doubt front and center in his mind as he listened to the speeches. The Senate of the United States had repealed the Fugitive Slave Law. A year earlier, the idea of slavery ending was still new. But now, a year on, it was all too real. Pennsylvania's Senators, one from each party, might have voted against the proposition, but bit by bit freedom was still being preserved.


...that they are endowed by their Creator...
Henry Louis Baugher had just finished his benediction as Dr. Horner began narrating the 88-year-old sacred text. Baugher was used to investigating sacred texts much older, much brittler than that promise of freedom. A year earlier, eighteen men suffered in the halls and rooms of his home. Those Federal soldiers wore the same blue uniform as his son Nesbitt had, who was sacrificed on the altar of freedom in 1862. Prayer and careful attention saved those men. And now, a year on, Baugher's own students were spreading throughout the South doing that same good work with the United States Christian Commission. Souls and lives, in spite of the horror of war, were still being preserved.


...with certain unalienable Rights, that among these are Life, Liberty
and the pursuit of Happiness.
Dr. John R. Warner stood in front of the crowd, delivering a well-worn oration on the battle at Gettysburg. The borough had produced a cottage industry of battlefield orators, and Warner's experience as Gettysburg's Presbyterian Minister likely helped with the creation of a riveting eulogy to the battle's dead. A year earlier, the battle visited doom on the Reverend's doorstep. Warner's wife Jennie fell ill in the months after the battle, as did many other local citizens of the war torn landscape, with Typhoid Fever. Her fever rose, she lay in bed delirious. And then, in late September, Jennie died. Now, a year on, that grief was still raw for Dr. Warner, as it was for the families of thousands of dead men who lay buried over the hill. But life and the pursuit of whatever happiness life might give a grieving widower still needed to persevere.


And for the support of this Declaration, with a firm reliance on the protection of divine Providence, we mutually pledge to each other our Lives, our Fortunes and our sacred Honor. 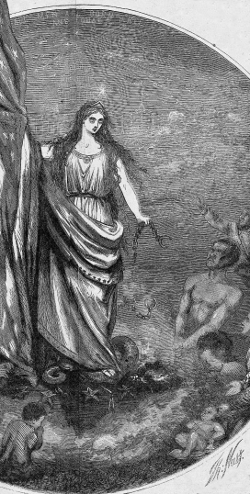 Along the road in Petersburg (recently renamed York Springs), just over the northern border of Adams County, Governor Andrew Curtin rushed off a note to Send to David Wills. "You notice by the enclosed despatch," Wills read to the crowd on Culp's Hill, "that I must return to Harrisburg."

There might not be any reason to worry. The Governor was just being cautious. Rebel forces had been sighted on the Commonwealth's southern border. But it also could mean another invasion, another assault, another town becoming the blighted sorrow-filled land that Gettysburg found itself a year earlier.

"I regret that I must return without reaching Gettysburg," Wills continued reading, "as I looked forward to the celebration of the Anniversary of our Independence on the Field of Battle as an event of life."

The crowd was getting nervous. "After the dinner," Robert Harper recounted in the next day's paper, "the crowd formed into groups throughout the woods, and spent the rest of the day socially." But the topic of conversation was anything but congenial. Would Pennsylvanians need to defend their lives again? Hide away their fortunes once again? Have their honor and nerve tested yet again?

"Nothing occurred to mar the pleasures of the celebration," Harper closed, "but much anxiety was manifested on account of the rumors of the approach of the Rebels." One year on, war's destruction still loomed like a spectre in Gettysburg's imagination, ready to pounce yet again. Fear still reigned in Gettysburg, Pennsylvania.
Posted by John Rudy at 12:30 AM